Stelios Valavanis is the founder and president of onShore Networks. He currently serves on the boards of the ACLU of Illinois and We the People Media, and advisory committees for several other organizations. He has appeared as a guest lecturer and panelist for local colleges, non-profits, and various industry events. Stel graduated from the University of Chicago in 1988 with a Bachelor’s degree in Physics. Prior to founding onShore, Stel held a number of technical positions at the University of Chicago.

Stel’s love for things technical has spanned most of his life. By age 15, he was writing dBase code for a market research company, producing an analysis tool for sale to other marketing firms. He formed his first business in 1981, producing and distributing Apple II software packages. Stel also has been involved and remains active in many artistic projects, including audio CD recordings, video compilations, and interactive installations.

Nick Valavanis has had a passion for computers, networks, and programming since his first introduction to the industry in 1980. Nick joined onShore in August of 1995. He is one of the two owners of the company and holds the position of Chief Operations Officer. Nick is involved in many aspects of the business, from vendor relations to the management and successful completion of the Service Organization Controls (SOC) Type II Audit.

The Managers of the Monitoring Team, Response Team, and Projects Team currently report to Nick. Nick graduated from the University of Wisconsin, Madison, in 1990 with a Bachelor of Science degree. He has also held various technical and sales certifications with onShore’s vendors. 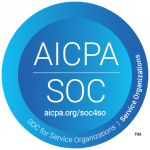